Come on down. I'll save some sunshine for ya!

Joined Jan 10, 2014
·
5,638 Posts
If you are going to TROPICAL Park (not Torpical), or anywhere in Florida bring a weapon if possible! That particular park and surrounding stores in the area can be very dangerous. I lived up the street. OJ lived a few miles away!
F

Eddy Cruze said:
If you are going to TROPICAL Park (not Torpical), or anywhere in Florida bring a weapon if possible! That particular park and surrounding stores in the area can be very dangerous. I lived up the street. OJ lived a few miles away!
Click to expand...

You are correct. Thank you. Tropical Park-typo.

Don't be a downer. There is crime everywhere. This is a very nice park. Hundreds of families there every weekend. No need for a weapon. Miami Dade Police K-9 unit and mounted patrol have training facilities at this park so there are plenty of police on site all the time if you are nervous. I don't know when you lived here but this area is moving upscale now.

And, OJ lived in a huge home in a ritzy neighborhood of Kendall. One guy who makes poor decisions doesn't make or break a community and OJ commited his crimes in California and Vegas. Not in Miami. The only thing he did (or didn't do) here was pay his mortgage when he went broke.

Don't be a downer. There is crime everywhere. This is a very nice park. Hundreds of families there every weekend. No need for a weapon. And, OJ lived in a huge home in a ritzy neighborhood of Kendall. One guy who makes poor decisions doesn't make or break a community and OJ commited his crimes in California and Vegas. Not in Miami. The only thing he did (or didn't do) here was pay his mortgage when he went broke.
Click to expand...

Oh my goodness, I guess you are new to Miami-Dade? OJ and his Girlfriend were on the news all the time, from Domestic to Drugs in South Miami, making news back before Nevada put him away for life. His Kendall attorney was none only than Yale Gallanter, the attorney O.J. is now blaming for his Nevada trial which finally put the Juice behind bars. As you know almost everyone carries a weapon as it is very easy to obtain a permit if you are not a criminal? If you are a criminal it is very easy to obtain a gun? I thought South Florida was a very dangerous area and I came from L.A? The Crime statistics would back that statement up. North Miami, near where many millionaires live is also very dangerous. Miami is a funny Town, where you have to drive in the poor crime ridden neighborhoods to reach some of the real affluent areas. Tropical park and that area along Bird Road (40th St.) gets very dicey at night really! There were always shootings and robbery & murders going on near the Taco Bell/Best Buy shopping center. Hard to imagine that area has got any better? The First 48 on A & E covers more Dade County Death than any other city, recently adding Broward to the show! Perhaps one day we can talk about when Castro emptied the Jails and sent some lovely people to South Florida in the early 80's. The exodus was organized by Cuban-Americans with the agreement of Cuban president Fidel Castro. The exodus started to have negative political implications for U.S. president Jimmy Carter when it was discovered that a number of the exiles had been released from Cuban jails and mental health facilities. The Mariel boatlift was ended by mutual agreement between the two governments involved in October 1980. By that point, as many as 125,000 Cubans had made the journey to Florida.
F

Joined Dec 24, 2013
·
100 Posts
Sorry bud. Born and raised here in 1965. well aware of my home town. I appreciate your opinion and we can go on and on about this. I am a career City of Miami Fire-Rescue employee so you don't have to tell me about crime. My office is actually at Miami Police Headquarters, one floor below where they "used to" film The First 48. I know most of the Homicide detectives by first name basis as well. I know this city and county better than anyone from the inside out. I am Cuban American as well but this is not the topic of my thread. Come out and enjoy the show. I am sure you won't need a weapon.

Joined Jan 10, 2014
·
5,638 Posts
I'd love too, and Tropical Park looked neat especially when they had that Christmas Display/Carnival. That was beautiful. I worked to help save your homeland, or hurt it, never sure what we really did at Radio Marti?

I was at the nearby Taco Bell Drive Thru when someone got stabbed. The Security Guy for that mall had to pick up his little Car and leave the Drive through line. Also the Miami Subs drive thru murders, and then the owner was executed on US1. I heard they are back, minus Gus? What was that event Tropical Park had. It was like they hired Edwardo Scissorhands!

What Happened to the First 48 in Miami near your office? Is that why new episodes are coming from FLL, or did they cancel my favorite show?
R

Joined Dec 13, 2010
·
6,748 Posts
(Sigh) tropical park is NOT dangerous nor is the surrounding. When I was real young I used to walk around with my buddy's and play baseball till the park closed. Then head to the McDonald's infront and pig out. OJ used to live near there. Not anymore. Things change lol come on down Eddy ill take you to lil haiti or overtown...now that is scary as ****.

Been here for my whole life and only got robbed once. Ever.

Joined Jan 10, 2014
·
5,638 Posts
I am sorry to the Fire fighter and the Frog! I lived on Miller and although it was tough for me, I never had any problems. Moved to Dadeland before they wrecked it. You guys have the best Supermarket Chain in the World, Publix!

Rob I lived in Chicago, Well Des Plaines although I didn't know there were 2 of them? Home of John Wayne Gacy. Anyway there was a restaurant where a model train on a giant track brought you your food. Is it still there? I'll never forget that place, and Aunt Jemima's Pancake House. She yelled at me for not finishing my Pancakes. They had one at Disneyland! 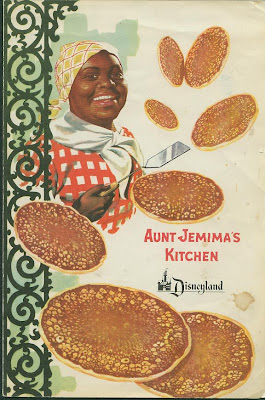 Joined May 19, 2012
·
402 Posts
Guys...really??? Tropical park?? Bring a gun?? What kind of ish is that and then reference OJ Simpson whos serving time in Federal Prison?

Joined Mar 1, 2013
·
5,535 Posts
Nah, I was referencing Eddy's stories of stabbings in Florida and pointing out bullet launchers seem to the weapon of choice up here......more of a tounge in cheek kind of response, no harm intended.
As far as car shows, It doesn't seem to matter where they take place......car nuts, regardless of background, are car nuts.
I think the most fun loving and peaceful crowd one will ever spend time around.

Eddy, if you look you'll see I live in DesPlaines proper.
The resturant referenced is called the Choo-Choo and still exists to this day.
Bit of history...My folks would take me there as a child (I'm 63) I took my sons there when they were kids, and now, they take their kids there as well......few resturants have staying power like that.

The other resturant mentined has faded from my memory I guess.

I certainly wasn't picking on South Florida as it is a lot like Southern California except a lot greener and no mountains! The culture difference down there is intense, great place to visit, but it was almost like a third world country. I worked exclusively with Cubans helping to save the world with funny Castro Soap Operas, broadcasting MLB Baseball, and of course the famous weekly Catholic Church services @ Ermita De La Caridad brought to you by the United States! All non Cubans and every single CRUZE owner helps pay for this top secret project, listed in the Phone Book and right near Pepsi off the Palmetto!

Robby, I moved to L.A. in 68 so I don't remember your 'Unocal':tongue: station, but Union 76 is all I bought as a young man. They were the only Gas station that sold 89 octane fuel at 87 octane prices. This is before we had 3 blends in the late 80s. Heck we had a Mohawk station with 7 different octanes but you had to turn some knobs.

A quick word about O.J Simpson, he is NOT in Federal Prison RoadRage, a great Miami name! OJ was given permission to commit armed robbery by his Florida attorney Yale Gallanter, at least that is what he claims and is now a guest of the State of Nevada.
H

Joined May 23, 2014
·
1 Posts
Hey I had attend that car show at Tropical Park , and i had a great time there and the best part was that it was organized for a very great cause. Overall it was a great fun of being there. waiting for the next one..
R

Joined Oct 17, 2014
·
1 Posts
I had attend that car show and it was a great experience. I really enjoyed there and it was great fun of being there. looking forward for the next one.

Joined Jan 10, 2014
·
5,638 Posts
If only they brought back that fair at Christmas time? The lush trees off the Palmeto (aka a giant Bug) looked like Disneyland when the Fair was there!
1 - 19 of 19 Posts
Join the discussion
Continue with Facebook
Continue with Google
or sign up with email
About this Discussion
18 Replies
7 Participants
Last post:
Eddy Cruze Oct 17, 2014
Chevrolet Cruze Forums
CruzeTalk.com forum, news, discussions and the best community for owners to discuss all things related to the Chevy Cruze.
Full Forum Listing
Explore Our Forums
General Discussion Gen1 1.4L Turbo Gen1 Service Issues CruzeTalk New Member Introductions Gen1 Appearance, Body, Detailing, & Interior
Recommended Communities