The No. 1 U.S. automaker said it will seek "substantial damages" from FCA that it said would be reinvested in the United States to create jobs, but did not specify an exact amount.

The lawsuit comes at a delicate time for FCA, which is working on a planned merger with French automaker PSA and is negotiating a four-year labour contract with the UAW.

"We are astonished by this filing, both its content and its timing," FCA said in a statement. "We can only assume this was intended to disrupt our proposed merger with PSA as well as our negotiations with the UAW."

GM's general counsel, Craig Glidden, told reporters at GM's headquarters that the lawsuit has nothing to do with the planned merger of PSA and FCA and the automaker does not intend to file suit against the UAW.

"It (the lawsuit) can't help but complicate the already difficult task of getting a UAW-FCA agreement in place," said Kristin Dziczek, vice president of industry, labour and economics at the Center for Automotive Research (CAR) in Michigan.

The UAW said in a statement, "We are confident that the terms of those contracts were not affected" by the actions of FCA or UAW officials. It said it was "regrettable" that these issues can cause doubts about the contracts.

The lawsuit also names as defendants three former FCA executives who have pleaded guilty in an ongoing federal probe into the UAW and FCA. GM said that probe, coupled with its own investigation, resulted in the lawsuit.

GM's Glidden said a "pattern of racketeering" by FCA from 2009 to 2015 left GM paying higher wages than Fiat Chrysler, and allowed the latter to use more temporary workers and lower-paid second-tier workers than GM.

"As part of this bribery scheme, and to lock in the competitive efficacy of the purchased benefits, concessions and advantages for FCA, GM was denied similar union commitments and support," the lawsuit states.
The lawsuit claims that among the "benefits, concessions and advantages illegally purchased by FCA" was UAW support for "World Class Manufacturing," a version of Toyota Motor Corp's <7203.T> lean production strategy but adapted to the culture of Italian automaker Fiat.
That system has been credited in part for helping to turn around struggling operations like FCA's plant in Toledo, Ohio, that makes the popular and profitable Jeep Wrangler.
The suit also claims that after a failed bid to take over GM in 2015, FCA corrupted the collective bargaining process by structuring terms through bribed UAW officials that "forced unanticipated costs on GM."
The lawsuit says that under the Racketeer Influenced and Corrupt Organizations Act (RICO), FCA would be liable to pay GM three times the actual damages caused, plus interest, punitive damages and attorneys' fees. 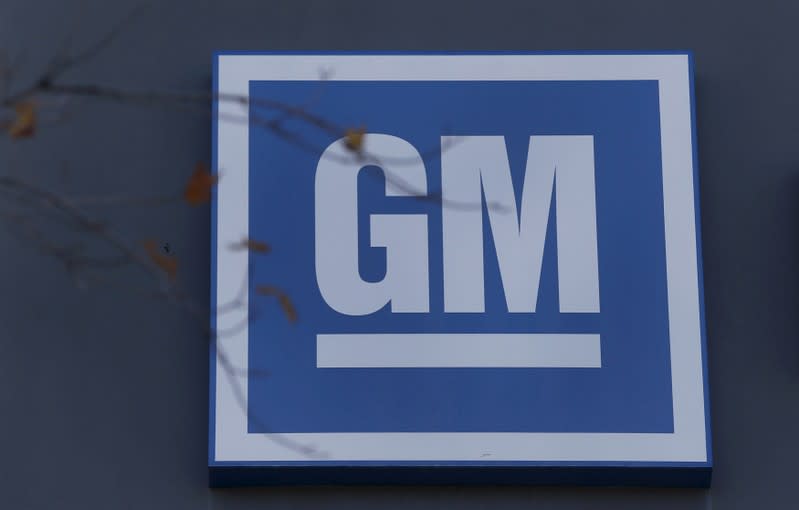 TDCruze said:
Didn't GM agree to the terms of the contract with the union?
Click to expand...

Joined Aug 10, 2017
·
1,122 Posts
I don't know about the suit, but I figured the GM hourly workers were screwing GM and themselves for voting to make GM the company that UAW struck against while FMC and FCA kept making and selling cars.
► Show Full Signature
2017 Cruze LT RS
2016 Cruze LT with Sun&Sound

obermd said:
I think this is for actions that occurred a few years ago when FCA was struggling.
Click to expand...

Not necessarily struggling, but it was right when Sergio was all about merging with GM.

In 2015, FCA led the UAW negotiations and GM's theory is, to simplify it perhaps too much, that they did so in a way to force a merger with GM.
► Show Full Signature
2014 Chevy Cruze Diesel - MSR 013 17" wheels, Black Bowties, UR Rear Lower Bar

Joined Nov 24, 2014
·
1,288 Posts
What a bunch of crooked corrupt people. OMG
Reminds me of a bunch of politicians that will stop at nothing to gain control/power then go hoe at night to have dinner with their family like noting is wrong.
Doesn't anyone have any morals/ethics anymore??? Puke....
1 - 8 of 8 Posts
Join the discussion
Continue with Facebook
Continue with Google
or sign up with email
Recommended Reading
Read More
Read More
About this Discussion
7 Replies
7 Participants
Last post:
BU54 2 months ago
Chevrolet Cruze Forums
CruzeTalk.com forum, news, discussions and the best community for owners to discuss all things related to the Chevy Cruze.
Full Forum Listing
Explore Our Forums
General Discussion Gen1 1.4L Turbo Gen1 Service Issues CruzeTalk New Member Introductions Gen1 Appearance, Body, Detailing, & Interior
Popular Communities