Mannie said:
Hi did you ever find out the problem cause my cruze does the same thing with a/c on i loose so much power
Click to expand...

Don't forget to introduce yourself and your Cruze here.

The following is all from: Chevy Cruze P1101 and P0171 Trouble Codes | Drivetrain Resource 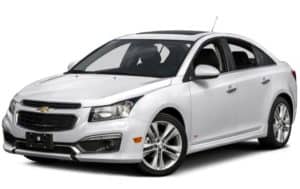 P1101 is one of the most common of the Chevy Cruze trouble codes. Whenever you start the vehicle, the mass airflow sensor does a self diagnostic. If the results of this test are out of range, than the P1101 trouble code is thrown.

There are a number of issues that can cause the mass air flow sensor to fail the diagnostic. We’ll list them in the most to least likely to have happened.

Chevy Cruze P1101 Causes
Engine Wiring– A good place to start is to do an inspection of the area around where the mass airflow sensor plugs into the intake. Make sure that the wiring doesn’t look broken or disconnected. You’d be surprised, in the winter months a rodent can cause a lot of damage to a an engine in one night.

Air Filter– Pull your air filter and see if something has gotten in there. If it has, remove the debris. Or if the filter looks very dirty go ahead and replace it. If enough air is not getting into the engine the mass airflow sensor is not going to get a proper reading, and P1101 will likely be thrown.


If neither the engine wiring or the air filter seems to be a problem, then it’s going to be time to pull the mass airflow sensor and see if it is dirty. A word of caution, these sensors can be incredibly sensitive to the oil’s on skin so make sure to use caution and not touch the sensor element itself.

Leaking Intake– If the intake seal on the Chevy Cruze has been damaged, there’ll be a vacuum leak. A vacuum leak means that air will be getting in to the intake not through the throttle. This is going to dramatically alter the reading at the mass airflow sensor gets and will trigger P1101.

A mechanic would be able to do something called a smoke test, which would let them visually see where the intake is leaking from.

If you would like to try to find the vacuum leak yourself go ahead and perform a visual inspection and make sure that you don’t have a disconnected or broken vacuum hose. If it looks ok, than carb and choke cleaner can help. Here’s a good video on vacuum leak diagnosis.

MAF Sensor May be Bad– at this point the only cost that we should have incurred is the cost of a can of carb and choke cleaner. If everything checked out, and there were no intake leeks, than it’s time to evaluate whether the MAF sensor is bad.

Here’s another YouTube video. This one goes over how to test a MAF sensor with a multi-meter. It’s relatively easy to do and multi meters are cheap.

If left unchecked, a bad MAF sensor can lead to other engine problems.
1 - 2 of 2 Posts